Prior to the 2019 Ironman World Championship, Kona on Saturday 12th October 2019 we caught up with #BTheBestUCanB Agfa sponsored amateur athlete Lewis Eccleston.

The race’s background
The inaugural Kona Ironman race was held in 1978 to challenge athletes who had seen success at endurance swimming and running events. Honolulu-based Navy couple Judy and John Collins proposed combining the three toughest endurance races in Hawaii – the 2.4-mile Waikiki Roughwater Swim, 112 miles of the Around-O’ahu Bike Race and the 26.2-mile Honolulu Marathon – into one event. In 1981, the race moved to the barren lava fields of Kona on the Big Island of Hawaii. On October 12th 2019, over 2,000 athletes will embark on a 140.6-mile journey that presents the ultimate test of body, mind and spirit.

Lewis’ journey
Lewis’ Ironman journey started in 2016 when he stepped up to the longer triathlon distance at Ironman UK and won his age group by 37 minutes. He had found his sport and distance. Lewis went on to focus on the longer distance races winning his age group again at Ironman UK in 2017 and 2018. The age group wins qualified Lewis for the Ironman World Championships and in 2017 he accepted the qualification slot coming 6th in his age group in Kona and missing the podium by one place (there are five podium places at the Worlds).

The experience was a massive learning experience for Lewis and with the support of Agfa HealthCare, the Manchester Institute of Health & Performance and is coach, he was able to focus on every aspect of his performance to #BTheBestUCanB.

2019 Ironman World Championships
Fast forward to the 2019 Ironman World Championships campaign and again with the support of Agfa HealthCare, the Manchester Institute of Health & Performance and Paul Savage, Triathlon Coach, Lewis developed his plan. The first stage was to achieve a 2019 qualifying place at Ironman Wales 2018 as this would enable Lewis maximum time to focus on the end goal, Kona.

Lewis comments; “I think the plan to qualify 1 year early has worked well this time giving me the best chance to plan and prepare for the race. It has been beneficial, working with a team of sport scientists, training slightly differently to prepare for the race in Kona. We used the same approach earlier this year at Ironman Lanzarote, where the conditions were very similar. The plan worked, and I was 2nd in my age group, and 21st overall.

Even though preparation has gone well I find it takes a few sessions in Kona to become acclimatised and it begins feeling normal while training.

There are so many variables in the race wind/temperature etc and you can never predict the outcome. I’m feeling in great shape, have a good understanding of the race and couldn’t have prepared any better. The one thing I want from the race is a performance to justify the all the work that has gone in, not just on a personal level but for everyone involved.”

Mr Monkey Sox
Lewis Eccleston will also be wearing special ‘Agfa inspired’ Mr Monkey Sox during the race. Mr Monkey Sox is a not for profit Multiple Sclerosis (MS) charity who design odd socks to reflect how people feel with MS and to spark the MS conversation when people ask, ‘Why are your socks odd?’.

The Classic X3 sports sox is available at www.monkeysox.org

#BTheBestUCanB – Is the hashtag that defines not only our sponsored athletes but also how Agfa HealthCare solutions are helping healthcare professionals and healthcare organisations deliver better care.

Good luck
We wish Lewis the very best of luck for the race and are proud to support him. For those who would like to follow his progress his bid number is 2,249 and the start time is 6.25am Hawaii-Aleutian Time Zone. You can also track his progress via the Ironman Tracking App available or www.ironman.com.

Thanks also to www.rainerbauerdick.de for the photos. 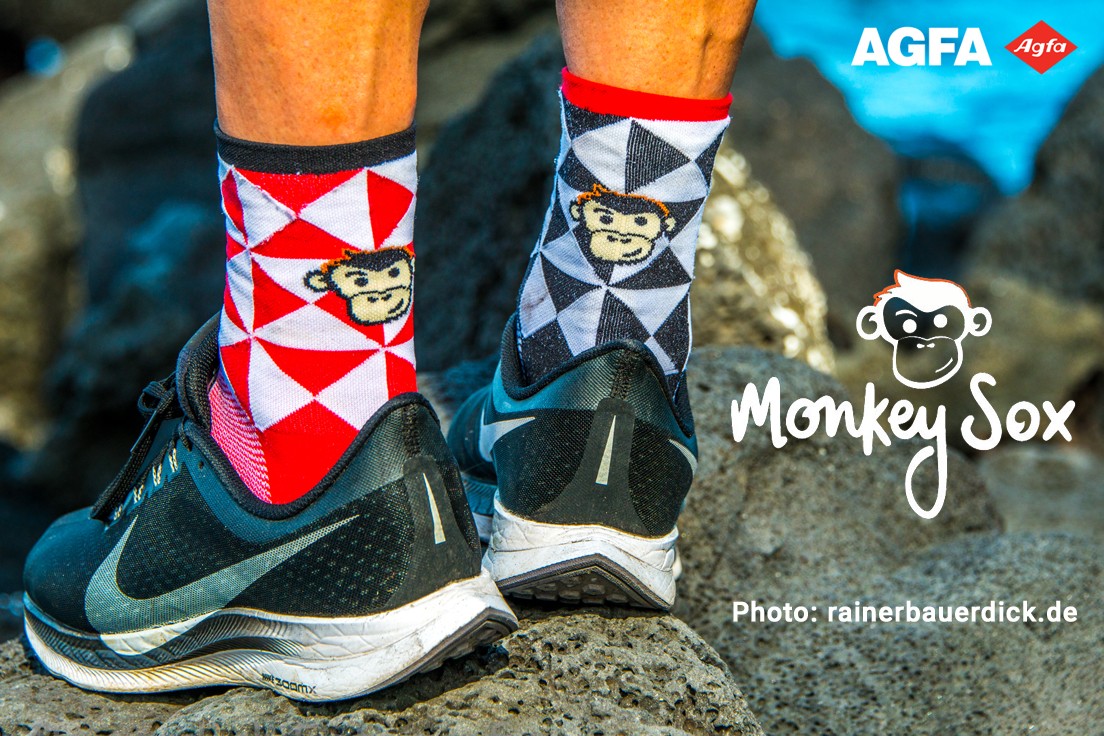 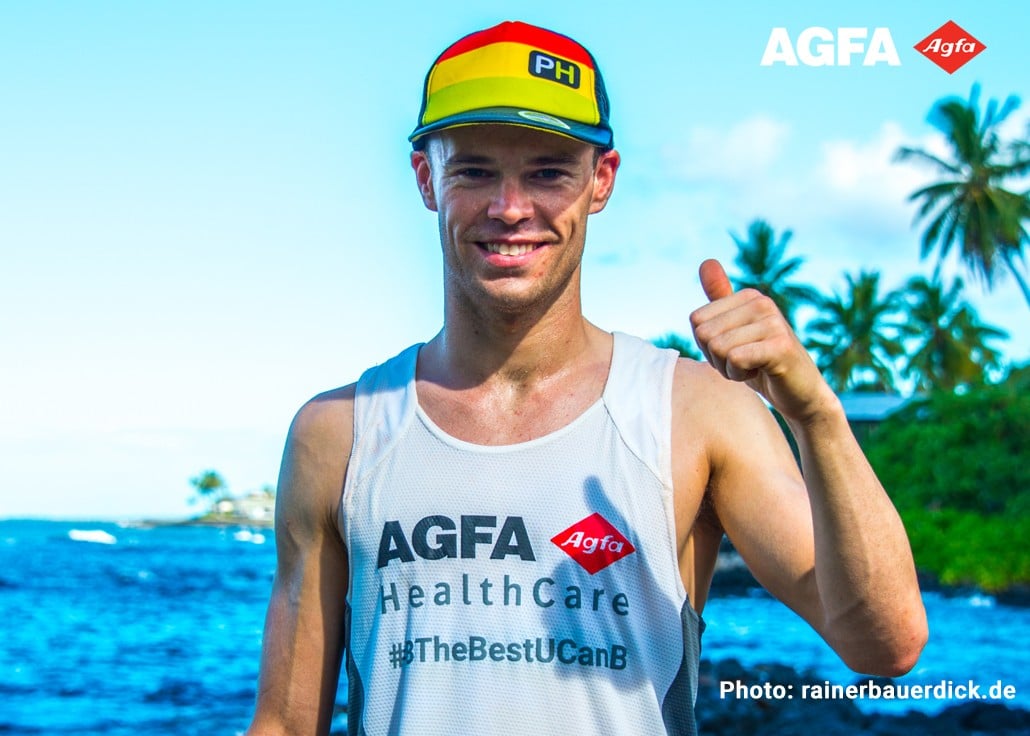 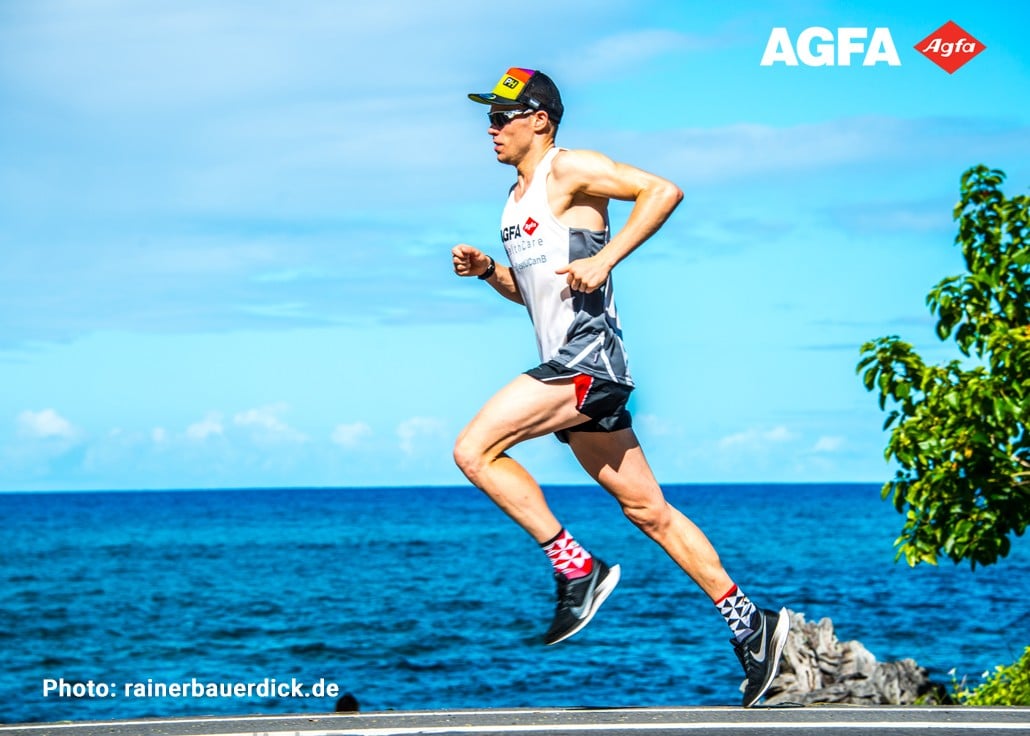 Agfapolis 2021 – A day of ideas and innovation at Agfa HealthCare

Today, like every year on November 8th, we are delighted to join the celebrations for the Internatio […]

A splash of colour to kick-off your week !