#BTheBestUCanB – How to become an Iron Man Age Group Champion

We are so proud to share our #BTheBestUCanB athlete Naomi Keira’s report on her Ironman UK, Bolton 2019 race….Enjoy the read !

Stepping up to the Ironman distance (3.86km swim, 180.25km bicycle ride and 42.20km run) for the first time was a great challenge and adventure. While there is no doubt that physical training is key, preparing mentally is just as important. As I got closer to race day, my mind was getting cluttered with lots of unhelpful thoughts and apprehensions. Luckily for me, Coach Nick Thomas, Coach Marc and Agfa team mate Lewis were all on hand to help me keep a relaxed head and remind me that my fitness was in a good place and that any doubt I had was just head games. This helped me refocus, believe in the training process and gave me the confidence I needed to take in to race day.

Standing on the start line, excited, calm but not for one moment was I thinking about becoming age group champion. A good performance was just going to be about crossing that finish line knowing that I had given it all I could – and that’s exactly what I did.

The gun went off at 6am and the swim was underway. With 2,000 athletes all aiming for the same buoy, things got a bit chaotic. For the first few hundred metres it was near impossible to find any space to swim. It was a case of fighting for position and trying to stay above water. It soon settled though and after that the swim was largely uneventful. I moved from foot to foot trying to find some good feet to catch a draft, but it never lasted very long so I just settled in to my rhythm and stroked it out.

Transition was brief; helmet on, Mr Monkey Sox on, a quick guzzle of coke and it was out on to the bike – the meat of the event. 2019 boasted a new bike course which had already been labelled as the toughest in Europe with its relentless climbs, technical and steep descents and rough road surface. Being relatively local I’d taken the opportunity to familiarise myself with the course on more than one occasion and so I knew what challenges were to come. My objective was to ride my own race, staying in control of my effort level and my nutrition. Bike to plan and I knew I’d achieve a good result and have a good run. Push too hard and I’d either blow up on the bike or it’d bite me on the run. I let the rush of the start pass me by and settled in to my own rhythm. At the end of the first lap I felt great, having ridden well within myself. Rolling along the Lancashire countryside on lap 2 and I was putting time in to cyclists behind and gaining on those in front. I kept the focus on eating and drinking, guzzling gels and electrolytes in to the system. I felt strong, but with a marathon still to run, keeping pace without giving the legs too much of a beating was a fine line.

In to T2 and I was pretty pleased to be getting off the bike but this was overshadowed with slight apprehension as I was about to take on my longest run ever. The run is four loops with a long out and back section and a nasty hill in Queens Park. I started the run feeling fresh. Luckily, I saw Coach Marc within a few hundred metres and he reminded me to play the long game. He was right as I had a marathon to run and not a half like I was used to. The first two laps went by quickly with no issues. I wasn’t looking at my watch, I was just keeping the legs ticking over, staying hydrated and fuelled. The third loop is when decisions were made. I had the choice to either give in to the pain or grit through and remind myself of why I was doing this. My mind had to take over and my legs had to follow, even if they didn’t want to play Ironman anymore! On to lap 4 and people were telling me I was looking great. Looks can be deceiving. Support crew confirmed I was winning my Age Group and had a gap of over 20 minutes to second place. I knew all I needed to do now was keep running. It was all going to be over after this lap and so it was time to enjoy it. Running back in to town for the last time, picking up my last band, I knew the finish was just around the corner. The mission that had been on my mind for months, nearly accomplished. The crowd on the finish straight were unreal, hundreds of people lining the street cheering the athlete’s home. I hit the red carpet in an emotional state, running only on endorphins at this stage. I crossed the line in 11hrs45. I had done it. I was an Ironman. But not just an Ironman, an Ironman Age Group Champion.

Special thanks as always to coach Nick for getting me to the start line in great shape and dealing with my constant doubts and complaints about my fitness levels – sorry coach, I guess you were right as usual. To coach Marc for all the support and advice and for teaching me how to suffer on those long Thursday rides. To Jennifer for being at every start and finish line in the build to this race, for being water boy on my long runs and giving up so much so I could follow my dream. To all my friends who were out on course, your support was amazing. Special mention to Brucey and Lewis who ran along with me each time I passed, making sure I was ok and reminding me to do the basics. Thanks to Mum Mary J, Dad David and Thornton for greeting me at the finish line and embracing my sweaty and salty hug. Thanks also to the support of Agfa HealthCare, who encourage me to #BTheBestUCanB.

A special to Mr Monkey Sox who made me a bespoke pair of Agfa lozenge sports sock for the race (see photos).  Mr Monkey Sox Multiple Sclerosis charity who design odd socks to reflect how people feel with MS and also to spark the MS conversation when people ask, ‘Why are your socks odd?’.

What an epic adventure this has been. Something tells me there is more to come. Over and out for now! 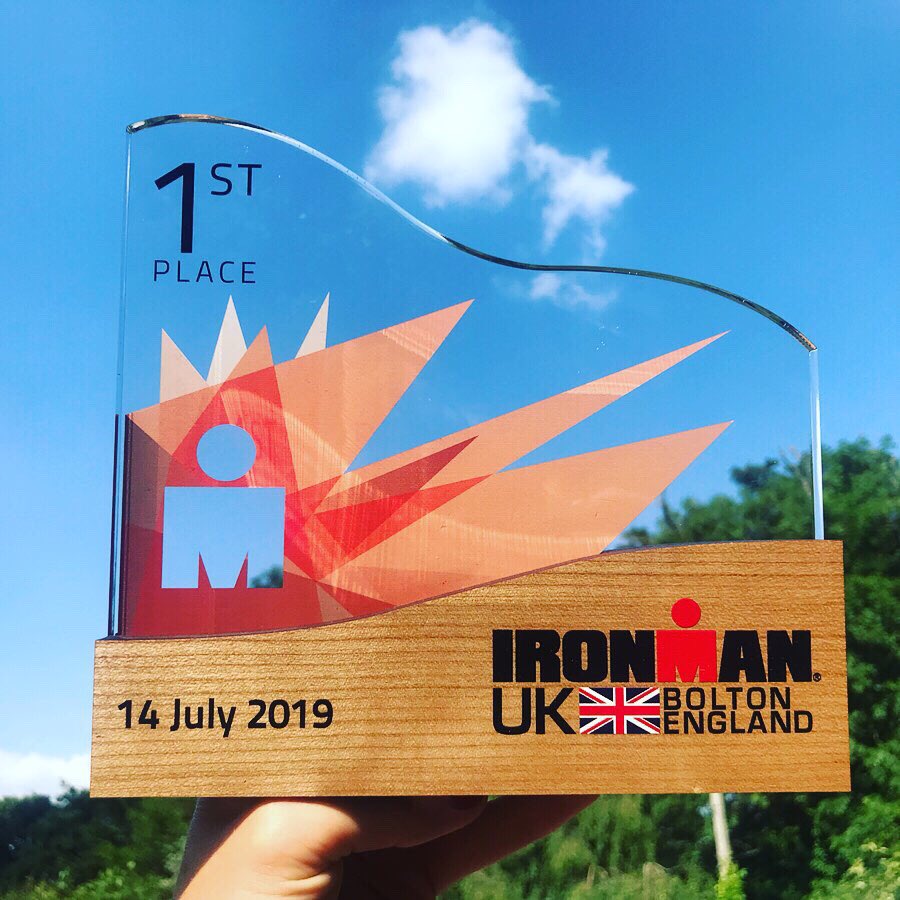 Please welcome the Agfa HealthCare interns! These students are helping our company improve the futur […]

Visit the Agfa HealthCare career site, to find a complete and up-to-date overview of all opportuniti […]

Earlier this week, the 4 peregrine falcon chicks have hatched in the nest, high up in the factory ch […]